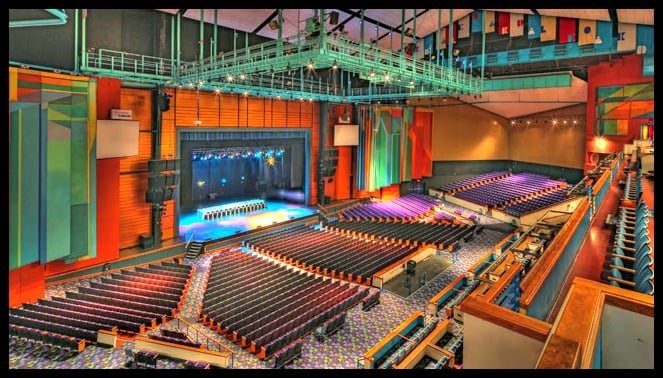 Founded in 1670, Wallingford, Connecticut has been my home town for over 25 years. The population at the 2010 census was 45,135, but that doesn’t mean it feels like a big town. Indeed, there are many things about Wallingford CT that make it an amazing place to live! After surveying several hundred residents…

Here are the top ten reasons to live in Wallingford CT:

1. Central location. Located just a few miles south of the geographic center of the state, Wallingford is ideally situated for easy access to the rest of the state. Interstates 91, 95 and 84 and Route 15 are all close by, making getting to your favorite locations (beaches, parks, attractions, concert venues, casinos, etc.) pretty easy. I was able to drive to Springfield, MA for a show in less than an hour, and that included several minutes stuck in traffic.

3. Local wineries. Wallingford is fortunate to have two excellent wineries within its boundaries: Gouveia Vineyards, located at 1339 Whirlwind Hill Road, and Paradise Hills Vineyard, located at 15 Wind Swept Hill Road. Both are part of the Connecticut Wine Trail and feature excellent locally made wines served in an atmosphere of friendly hospitality amid relaxing views of the Wallingford countryside.

4. Local amenities. From amazing places to eat, to the above-mentioned wineries, to a great public library to the community pool, Wallingford has the programs and services you’re looking for. Here’s just a few of the many amenities Wallingford offers:

5. Oakdale Theater. Built in 1957 as a tent in a field of alfalfa, the area’s most famous venue for music has grown substantially. Since it’s opening, the Oakdale has hosted countless bands and musicians, including classic rock acts such as Led Zeppelin, Chicago, Santana, Crosby, Stills & Nash, Steely Dan and Cream, and more contemporary acts such as Jill Scott, Josh Groban, Lady Gaga, Brooks & Dunn, and Pentatonix. In addition, many well known comedians have graced the stage here, including Howie Mandel, George Carlin, Don Rickles, Rich Little, Jerry Seinfeld and Lewis Black. The venue seats approximately 5,000 and is one of the historical icons of Wallingford.

6. Historic significance. Founded in 1670 with 125 settlers, Wallingford has a rich and diverse history. George Washington passed through twice (1775 and 1789), one of the last witch trials in New England took place here in the 1690’s, and it’s the birthplace of several prominent historical figures, including Aaron Jerome (Winston Churchill’s great-great-grandfather), Lyman Hall (signed the Declaration of Independence), Moses Y. Beach (founded the Associated Press), and WWI flying ace Raoul Lufbery. Wallingford has several sites on the National Register of Historic Places, including the Samuel Parsons House, The Nehemiah Royce House, and the Center Street Cemetery, which dates to 1683. See here for more of the history of our amazing town.

8. Low taxes/mill rate. The current mill rate in Wallingford is 28.55, which is a slight increase from the previous rate of 27.89. However, this low tax rate still affords residents relatively low property taxes compared to other cities and towns in the state.

9. Low crime rate There have been several studies on crime rates in Connecticut towns, and some that rank towns according to how safe they are. The criteria that is used in most of them varies, but most will agree that Wallingford is one of the safest towns in the state to live in. Don’t get me wrong, like most towns Wallingford has issues that it has to deal with, but overall the level of crime in Wallingford is substantially below that of most comparable towns.

10. Wallingford Electric Division Probably one of the most unique features of our town is the fact that it has its very own electric division. The men and women who are entrusted with keeping our electricity flowing are second to none, and usually don’t get the credit they deserve. We have endured several natural disasters in recent times, including a hurricane and tornado-like disturbance called a microburst, and in both instances the Wallingford Electric Division staff worked around the clock to get the power flowing again to our residents, and did it with a minimum of delay or complication. In the 20+ years I’ve lived here, we’ve only lost power once for longer than an hour, and the problem was fixed quickly and efficiently. Couple the efficiency and dependability of the service with some of the lowest electric rates in the region, and you’ll understand why most residents feel that Wallingford Electric is the #1 reason why Wallingford is such a great place to live!

11. Bonus: The People While it’s great to have lots of amenities, good public utilities, low taxes, low crime, etc, it can be said that a town is only as good as the people that live there. If that’s true, then Wallingford truly is at the top of the heap. The people of Wallingford are compassionate, friendly and warm, but also fiercely protective of each other. During times of hardship and struggle, they will willingly reach out to neighbors and offer aid in any way they can, and ask only that it be paid forward. While Wallingford can be called a small city, having over 45,000 residents, it’s those people that give the town its small town charm and appeal.

If you’re thinking about moving to Wallingford and needed something to convince you it’s the right move, I hope this helped. If you need additional info, please feel free to reach out!

The 10 Best Places to Live or Work in Connecticut

These Are the 10 Safest Places in Connecticut